“And, when you want something, all the universe conspires in helping you to achieve it.”

“They are so used to me that they know my schedule,” he muttered. Thinking about that for  a moment,  he realized that it could be the other way around: that it was he who had become accustomed to their schedule.

The problem is that they don’t even realize that they’re walking a new road everyday. They don’t see that the fields are new and the seasons change. All they think about is food and water.

When someone sees the same people everyday, as had happened with him at the seminary, they wind up becoming a part of that person’s life. Ad then they want the person to change.

People say strange things, the boy thought. Sometimes it’s better to be with the sheep, who don’t say anything. And better still be alone with one’s books. They tell their incredible stories at the time when you want hear them. But when you’re talking to people, they say some things that are so strange that you don’t know how to continue the conversation.

“The secret of happiness is to see all the marvels of the world, and never to forget the drops of oil on the spoon.”

“All things are one,” the old man had said.

The boy was beginning to understand that intuition is really a sudden immersion of the soul into the universal current of life, where the histories of all people are connected, and we are able to know everything, because it’s all written  there.

“You should pay more attention to the caravan,” the boy said to the Englishman, after the camel driver had left. “We make a lot of detours, but we’re always heading for the same destination. ”

“And you ought to read more about the world,” answered the Englishman. “Books are like caravans in that respect.”

“I am alive,” he said to the boy, as they ate a bunch of dates one night, with no fires and no moon. “When I’m eating, that’s all I think about. If I’m on the march, I just concentrate on marching. If I have to fight, it will be just as good a day to die as any other.

“Because I don't live in wither my past or my future. I’m interested only in the present. If you can concentrate always on the present, you’ll be a happy man. You’ll see that there is life in the desert, that there are stars in the heavens, and that tribesmen fight because they are part of the human race. Life will be a party for you, a grand festival, because life is the moment were living right now.”

“Well, why don’t we go there right now?” the boy asked.

“Because we have to sleep.”

I don’t know why these things have to be transmitted by word of mouth, he thought. It wasn’t exactly that they were secrets; God revealed his secretes easily to all his creatures.

He had only one explanation for this fat: things have to be transmitted this way because they were made up from the pure life, and this kind of life cannot b captured in pictures or words.

Because people become fascinated with pictures and words, and wind up forgetting the Language of the World.

Actually, it wasn’t those things, in themselves, revealed anything at all; it was just that people, looking at what was occurring  around them, could find a means of penetration to the Soul of the World.

“How do I guess at the future? Based on the omens of the present. The secrete is here in the present. If you pay attention to the present, you can improve upon it. And, if you improve on the present, what comes later will also be better. ”

“Why would the desert reveal such things to a stranger, when it knows that we have been here for generation?” said another of the chieftains.

“It’s not what enters the men’s mouths that’s evil,” said the alchemist. “It’s what comes out of their mouths that is.” “Are you crazy?” the boy asked the alchemist, when they had moved on. “What did you do that for?”

“To show you one of life’s simple lessons,” the alchemist answered. “When you posses great treasures within you, and try to tell others of them, seldom are you believed.”

“That is why alchemy exists,” the boy said. “So that everyone will search for his treasure, find it, and then want to be better than he was in his former life. Lead will play its role until the world has no further need for lead; and then lead will have to turn itself into gold.

“That’ what alchemists do. They show that, when we strive to become abetter than we are, everything around us becomes better, too.” 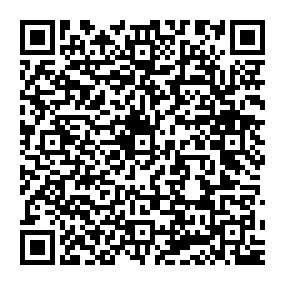