No books were required, yet many topics were covered, including love, work, community, family, aging, forgiveness, and, finally, death. The last lecture was brief, only a few words.

A funeral was held in lieu of graduation.

Although no final exam was given, ow were expected to produce one long paper on what was learned. That paper is presented here.

The last class of y professor’s life had only one student.

I was the student.

In the locker room, the other swimmers pretended not to stare. They stared anyhow. That was the end of his privacy.

He had refused fancy clothes or makeup for this interview. His philosophy was that death should not be embarrassing; he was not about to powder its nose.

“Coach,” he says. “All right, I’ll be your coach. And you can be my player. You can play all the lovely parts of life that I ‘m too old for now.”

“Have you found someone to share your heart with?” he asked.

“Are you giving to your community?”

“Are you at peace with yourself?”

“Are you trying to be as human as you can be?”

“A tension of opposites, like a pull on a rubber band. And most of us live somewhere in the middle.”

“A wrestling match.” He laughs. “Yes, you could describe life that way.”

So which side wins, I ask?

He smiles at me, the crinkled eyes, the crooked teeth.

“I give myself a good cry if I need it. But then I concentrate on all the good things still in my life. On the people who are coming to see me. On the stories I’m going to hear. On you-of it’s Tuesday. Because we’re Tuesday people.”

Kopple imagined the two men together one day, one unable to speak, the other unable to hear. What would that be like?

“We will hold hands,” Morrie said. “And there’ll be a lot of love passing between us Ted, dv’ve had thirty-five years of friendship. You don't need speech or hearing to feel that.”

“You hate that word, don’t you? ‘Spiritual.’ You think it’s touchy-feely stuff.”

He tried to wink, a bad try, and I broke down and laughed.

“Mitch,” he said, laughing along, “even I don’t know what ‘spiritual development’ really means. But I do know we’re deficient in some way. We are too involved in materialistic things, and they don’t satisfy us. The loving relationships we have, the universe around us, we take things for granted.”

Well, how can you do that if you’re detached?

“Ah. You’re thinking, Mitch. But detachment doesn’t mean you don't let the experience penetrate you. On the contrary, you let it penetrate you fully. That’s how you are able to leave it.”


At seventy-eight, he was giving as an adult and taking as a child.

“Mitch, it is impossible for the old not to envy the young. But the issue is to accept who you are and revel in that. This is your time to be in your thirties. I had my time to be in my thirties, and now is my time to be seventy-eight.

“You have to find what’s good and true and beautiful in your life as it is now. Looking back makes you competitive. And, age is not a competitive issue. “

He exhaled and lowered his eyes, as if to watch his breath scatter into the air.

“The truth is, part of me is every age. I’m a three year-old, I’m a five-year old, I’m a thirty-seven-year-old, I’m a fifty-year-old. I’ve been through all of them, and I know what it’s like. I delight in being a child when it’s appropriate to be a child. I delight in being a wise old man when it’s appropriate to be a wise old man. Think of all I can be! I am every age, up to my own. Do you understand?”

“How can I be envious of where you are - when I’ve been there myself?”

“You know how I always interpreted that? These were people so hungry for love that they were accepting substitutes. They were embracing material things and expecting a sort of hug back. But it never works. You can’t substitute material things for love or for gentleness or for tenderness or for a sense of comradeship.”

“The truth is, you don't get satisfaction from those things. You know what really gives you satisfaction?”

“Offering others what you have to give.”

“I don’t mean money, Mitch. I mean your time. Your concern. Your storytelling.”

“I believe in being fully present,” Morrie said. “That means you should be with the person you’re with. When I’m talking to you now, Mitch, I try to keep focused only on what is going on between us. I am not thinking of what’s coming up this Friday. I am not thinking about another Kopple show, or about what medications i’m taking.”

“I am talking to you. I am thinking about you.”

And while his body was stiff as a sandbag, you could almost see him dancing inside it.

Marriage. Almost everyone I knew had problem with it. Some had problems getting into it, some had problems getting out. My generation seemed to stubble with the commitment, as if it were an alligator from some murky swamp. I had gotten used to attending weddings, congratulating the couple, and feeling only mild surprise when I saw the groom a few years later sitting in a restaurant with a younger woman whom he introduced as a friend. “You know, I’m separated from so-and-so…” he would say.

His voice dropped to  a whisper. “But here’s the secrete: in between, we need others as well.”

“Be compassionate,” Morrie whispered. And take responsibility for each other. “If we oney learned those lessons, this world would be so much better a place. ”

He took a breath, then added his mantra: “Love each other or die.”

Morrie wanted to be cremated. ….

“Make sure thy don’t over cook me”

“That’s what we’re all looking for. A certain peace with the idea of dying. If we know, in the end, that we can ultimately have that peace with dying, then we can finally do the really hard thing.”

“Death ends a life, not a relationship.”

“My God, this is terrible,” the wave says. “Look what’s going to happen to me!”

Then along comes another wave. It sees the first wave, looking grin, and it says to him, “Why do you look so sad?”

The first wave says, “You don;t understand! We’re all going to crash! All of us waves are going to be nothing! Isn’t it terrible?”

"The second wave says, "No, you don't understand. You're not a wave, you're part of the ocean."

I tried doing that in my head and, to my happiness, found that the imagined conversation felt almost natural. I looked down at my hands, saw my watch and realized why. 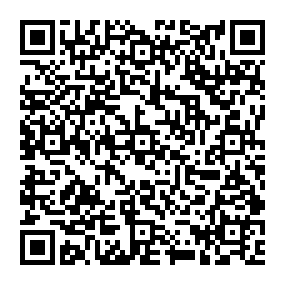